​DEFENDING THE FAITH WITH ERIC BARGER 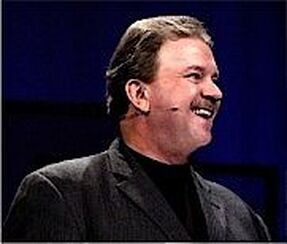 He is the author of numerous books, including the best-seller From Rock to Rock, Entertaining Spirits Unaware: The End-Time Occult Invasion (with co-author David Benoit) and Disarming the Powers of Darkness. He has produced dozens of videos detailing various aspects of the Cults, the Occult, World Religions, Current Events, Bible Prophecy, and today’s Entertainment Industry all in the light of a biblical worldview.​

After hosting his own weekly radio program heard nationally, Eric now serves as the co-host of Understanding The Times with Jan Markell heard currently on over 800 stations. Through the years Eric has been a featured guest on hundreds of Christian and secular programs.

This unscriptural, even deadly movement is part of the predicted “great falling away” of 2 Thessalonians 2:3 as Emergent leaders now proclaim that the Church has failed in its mission, that doctrine is irrelevant and that the very basis of Christian thinking has always been faulty. In this seminar, Eric defines Emergent thinking and terms, concisely exposing the leaders and errors of the Emergent Church.
Standing With The Reformation – Eric Barger​
Description:
As the 500 year anniversary of the Reformation approaches [already passed] we must be reminded that the fight is the same as it was centuries ago. It’s a battle for the Bible!

We present and address:
Powered by